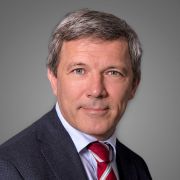 Jacques Derenne is a member of the Brussels and Paris Bars and is the Global Co-Practice Group Leader, Antitrust & Competition of Sheppard Mullin. He has developed over 30 years of EU competition law experience across all areas, including mergers, cartels, abuses of dominance and State aid, as well as extensive experience in EU regulatory and related competition law issues in a variety of regulated sectors. He often appears in cases before the European Commission and EU Courts, national courts and Competition authorities, and regulatory bodies. Jacques Derenne is a Professor of State aid law (LL.M. in European Competition and IP law) at the University of Liège and he is a founding member of the Global Competition Law Centre (GCLC) of the College of Europe (Executive Committee and Scientific Council). He publishes widely on EU constitutional, competition and regulatory issues.  He graduated from the University of Liège (1987) and from the College of Europe (1988).

The Law and Economics of State Aid