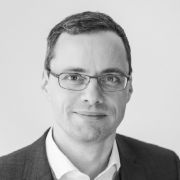 Dr. Vincent Verouden is a competition economist with over 20 years’ experience in antitrust, merger control and state aid control.

He presently works at the European Commission (DG Competition), in the unit for the ex-post economic evaluation of EU competition policy and enforcement.

Vincent, a Dutch national, started his professional career in January 2000 at the Commission’s Merger Task Force (MTF). Besides working on high profile merger cases, he was one of the co‐authors of the Commission’s Horizontal Merger Guidelines, published in 2004. Subsequently, Vincent worked for DG Competition’s Chief Economist Team (CET), serving as Deputy Chief Economist between 2012 and 2014. In his time at the CET, Vincent took a lead role in the development of the Non‐Horizontal Merger Guidelines (2008), the Commission’s antitrust inquiry into the pharmaceutical sector (2008 ‐ 2009) and related cases. He was also deeply involved in the economic analysis of state aid cases and the development of policy in this field (State Aid Modernisation).

From 2014 until 2019, Vincent was Director of the Brussels’ office of E.CA Economics, a consultancy firm in the field of competition economics and regulation. He steered consultancy projects both at the EU level and in a number of national jurisdictions (e.g. the Netherlands, Belgium, the UK and Finland). He has testified as an economic expert in court and has acted as a court‐appointed expert.

In 2019‐2020, Vincent worked in the unit “State Aid ‐‐ Energy and Environment” (DG Competition) as an economist and policy officer. Subsequently, during 2020-2021, he was a member of the European Commission’s Recovery & Resilience Task Force, set up in the wake of the Covid crisis to coordinate the implementation of the EU’s Recovery & Resilience Fund (RRF).

Vincent is a Solvay Fellow at the Vrije Universiteit Brussel and teaches at the Brussels School of Competition’s LL.M. programme. He is the author of many publications on competition policy, and a coeditor of the reference book “EU State Aid Control: Law and Economics” (Kluwer, 2017). Vincent obtained his Ph.D. in economics from Tilburg University in 2001.

The Law and Economics of State Aid