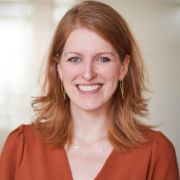 Member of the Brussels Bar since 2008, Carole Maczkovics graduated from the University of Liège. She also holds an LLM from King’s College London.

Carole specializes in public economic law and mainly works on EU driven regulatory issues. Her expertise covers regulation, competition law, in particular, State aid, and public contracts with Belgian and EU authorities (subsidies, public procurement, concessions, management contracts, etc.). She has acquired a solid expertise by advising both public institutions or undertakings and private entities on projects of strategic importance. Carole further assists clients in administrative and judicial proceedings on complex State aid, public procurement and regulatory matters before the European Commission as well as before Belgian and EU Courts.

Carole is also particularly knowledgeable about regulated network industries, such as transport (railways and airways), telecom, postal services and energy. Before joining the Bar, Carole was an expert in the team of the federal minister of transport, where she was in charge of the regulation relating to rail and air transport. Carole was designated as government commissioner to control the conformity of a public undertaking’s decisions with the law, the organic statutes and the management contract.

Carole Maczkovics was also fellow researcher at the University of Liège in European and international law within the air transport and postal sectors.

She is part of our European law, competition, distribution and market practice team. Carole acts as a visiting lecturer for the application of competition law and regulation in the railway sector at King’s College London. She is also part of the scientific committee of a Belgian journal dedicated to the law of network industries. She has published many articles on network industries and on State aid law, and contributes to conferences and seminars on a regular basis.

Competition Law and the Regulation of Network Industries