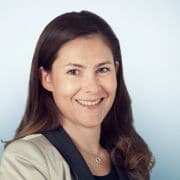 Senior Legal Counsel for competition law cross-sector in EMEA, responsible for all aspects of competition law, including acquisitions, divestitures and other transactions, as well as antitrust litigation and investigations, competition policy, training and counseling.

Prior to joining Johnson&Johnson, I worked in private practice at Freshfields where I have worked extensively on a number of mergers, antitrust compliance and dawn-raid trainings for French, Belgian and international clients, including designing and delivering trainings for legal, executive and business teams in various industries, and did a secondment within the legal team of a large company.

I completed my legal education at Paris University (Maîtrise/Master I de Droit des Affaires from Paris-X and DEA/Master II in Business and European Law from Paris I Pantheon-Sorbonne). I also received an LLM in Business and European law from the University of London (Queen Mary College). I spent one year at Yale in 2011/2012 where I followed a number of courses, including US antitrust law.