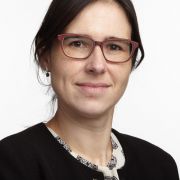 Prof. Franssen is the author of a large number of publications and she gave several presentations at national and international conferences. She is currently preparing a handbook on digital evidence and cross-border access to data in criminal matters, to be published by Cambridge University Press. Furthermore, she is an editor of the European Law Blog (http://europeanlawblog.eu/), a widely read academic blog which provides a range of topical analyses of EU law, and the co-editor of the International Enclyclopaedia of Laws – Criminal Law (Kluwer Law International), an international series on criminal law and criminal procedure.

Apply for the modules of your choice