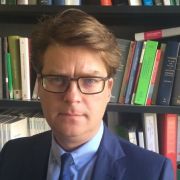 Olivier Caprasse is specialized in international and domestic arbitration. He has seated as chair or co-arbitrator in more than seventy national and international arbitrations (ICC, Cepani, AFA, Geneva Chamber of Commerce and Industry, Stockholm Chamber of Commerce, CACI, ad hoc) and has represented clients in numerous arbitrations.
This has led to him being described as “very professional” and noted for “his high quality of work” (Who’s Who Legal 2014), or as “outstanding” and an arbitrator “clearly on the rise” (Chambers 2015), or as “heading towards being a top arbitration expert” (Chambers Global 2016). Who’Who Legal (Global Arbitration Review) named him on the list of “future leaders” in arbitration identified in 2017, noting that “sources strongly recommend him on account of his leading practice as both counsel and arbitrator. According to one interviewee, ‘he is extremely bright, professional, precise and efficient’”. Chambers Global 2017 described him as “very well reasoned, pragmatic and smart – he’s an excellent arbitrator,” according to sources. He is particularly noted for his expertise in arbitrations related to insurance, joint ventures, contracts, and post-M&A matters”.

Olivier is a member of the ICC Court, the ICC Commission on Arbitration and ADR and is one of the experts for Belgium in the UNCITRAL working group II on arbitration and conciliation. He served as expert to the Minister of Justice before the Belgian Parliament in the 2013 reform of Belgian arbitration law.

Professor of law at the universities of Liège and Brussels (corporate law, arbitration), he has been the dean of the Liège law school from 2008 to 2012. He is the author of more than 100 publications.