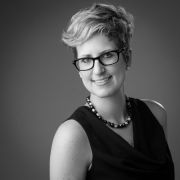 Esther van Zimmeren is a  Research Professor at the University of Antwerp (UAntwerp). Her research covers intellectual property (IP) law, in particular patent and trademark law, competition law, international trade law and governance issues. She is currently teaching “European Private Law” and “European Economic Law” at the UAntwerp. Before joining the UAntwerp in 2013, she was an Assistant Professor at the University of Liège (Belgium) (LL.M. European Competition and IP law) and post-doctoral research fellow of the Research Foundation-Flanders (FWO) at the Centre for Intellectual Property Rights of the KU Leuven.  She is regularly invited to give guest lectures on patent law, copyright law, IP and (open) innovation and the interface between IP and competition law and (European) contract law.
Esther has been a visiting professor at Hanken Business School and Aalto University in Helsinki (2012) and a visiting scholar at Gakushuin University (2013), Duke University (2013), the Brocher Foundation (Geneva) (2011), the University of California, Berkeley (2008) and the Institute of Intellectual Property (IIP) in Tokyo (2008).